A reluctant Mail Order Bride accepts her fate as her family struggles to survive the fall of civilization on Earth. Food, medicine, and water are scarce. Her family’s only hope is the dowry they will receive from Trixie’s future alien husband. She agrees to be a Mail Order Bride without knowing what kind of humanoid he will be…

Rox is not exactly humanoid… he looks more beast than human. Worse, he paid for a bride during a drunken spree and then forgot about her. He doesn’t even show up for her arrival. Rox takes his friend’s advice, decides to enjoy his bride in every way until he can break the contract. Rox never expected she would be so beautiful, or that she would stir such desire in him.

Passion brings them together while stubborn pride threatens to tear them apart. Will they overcome the obstacles to their happiness or go their separate ways? 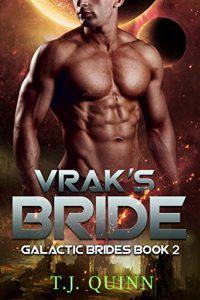 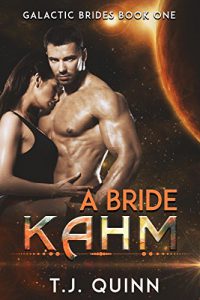 Intergalactic Mail Order Bride Agency offers young women escape from war ravaged Earth if they will marry an alien sight unseen.
Selena finally accepts her only chance of survival for her and her family remains in that offer and she agrees to become a maid order bride.
After a long journey, she finally arrived to Sumirion, the planet where her new husband awaits for her. He is nothing like what she had expected, but she can’t help feeling immediately attracted by him.
The passion between them was immediate and powerful and all seemed to go better than her wildest dreams when a woman from his past showed up to stir things up.
Would their passion be enough to keep them together?