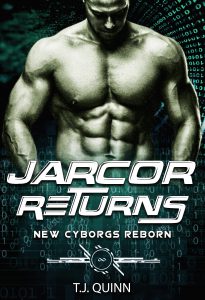 After four years living on Arcadia, Jarcor decided it was time to go back to Earth to find Sabrina and try to convince her to come to Arcadia with him. But the first thing he found out about her was that she had a little girl. Sure, she had moved on and forgotten him, he didn’t insist on seeing him when she avoided meeting him. But her daughter had other plans and soon he was discovered she was his daughter too. Passion between them flared as if they had never been apart. Convincing her to go to Arcadia with him wasn’t as hard as he thought it would be but convincing her to stay might not be as easy. Given a second chance, he planned to use it to seduce her and convince her she couldn’t live without him anymore. But unexpected events turned their lives upside down and only a miracle would make them right again.